Joined Apr 14, 2010
·
86 Posts
Just arrived in Marathon and trying to get to the only restaurant in this one horse town for dinner before it closes, but just wanted to share some pics from today. The quick recap:

Last night in Austin I saw the Blues Specialists (best music of the night) at the Continental Club, had a couple great drinks at the San Jose, then hit Stubbs to experience what many say is the best barbecue in Austin (and it was pretty delicious) and The Dead Weather (generally forgettable, but Alison Mosshart's voice sounded great) who were playing there, then headed back to the Continental to catch Those Darlins (if you've never heard them, think 5 year olds who got a hold of their parents pots and pans and are banging on them relentlessly while screaming at the top of their lungs-after four songs my ears were in so much pain I actually had to leave-a first).

Today, I headed out to hill country west of Austin and had the most fun I have had driving this whole trip. The roads just wind up, down and all around like an amazing rollercoaster ride that goes on for as long as you want it to. Also, the roads were lined with an amazing variety of beautiful wildflowers, just a phenomenal driving experience. I hit Salt Lick BBQ in Driftwood for some great barbecue, then made my way up to Fredericksburg (basically a German town just dropped in the middle of Texas) and then hauled as fast as I could to Marathon, so I can head into Big Bend Nat'l Park tomorrow. Highlights of the day: broke 140 5 times, got pulled over doing 110 in an 80 and let off with a warning and met a really nice pack of harley riders who asked me to ride with them and even offered to take me to a great tattoo guy they know where they suggested that I get the image of my Porsche tattooed on my shoulder. Next time . . . 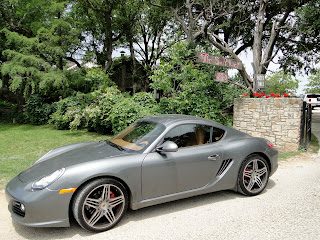 The Salt Lick-famous for a reason 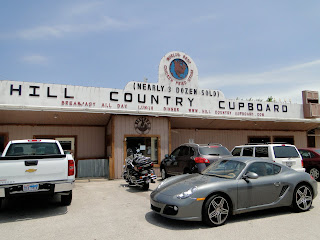 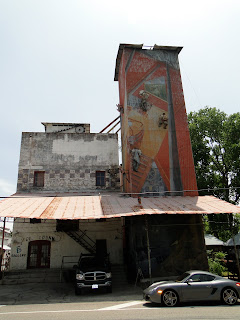 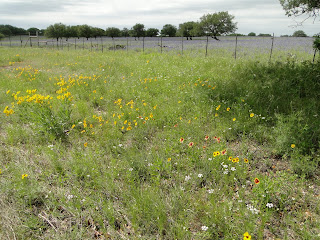 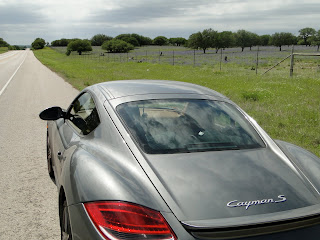 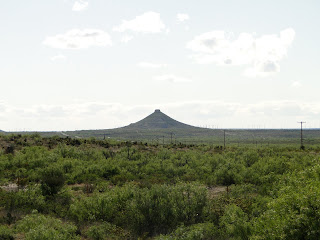 Took this somewhere off I-10 while the cop wrote up my warning...don't think the guy using me as a human sacrifice (who was also pulled over) was as lucky...still wondering why my k40 was useless, but no harm, no foul. Praise be to Our Lorde JC for my irresistible charm... 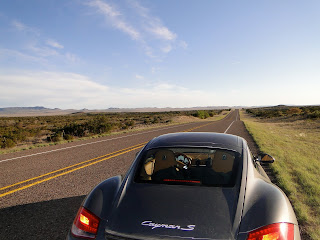 Closing in on Marathon (or as Clint Eastwood would say, "company's comin'")

Joined Apr 15, 2010
·
724 Posts
My favorite photo is Closing in on Marathon. I like how the gauges reflect brightly and the car colors shine with the sun. Open stretch of road looks inviting.

What gear were you in at 140mph and for how long? Did you see mileage go down much? Were you in Sport Mode?
K