Jackson to New Orleans via Biloxi

Joined Apr 14, 2010
·
86 Posts
Just arrived in New Orleans after a fabulous night in Biloxi. Sadly, my pilgrimage to Jackson in the name of music was a bit of a bust. After spending a fruitless few hours working my way through every possible music venue in town in the hopes of hearing some live blues, I ended up back at the hotel drinking the night away with the cast of an off broadway production of the Color Purple, which was a blast, but still, I was sad about the lack of blues (because I'm pretty much irony with legs). In the morning, I was off to Biloxi to pick up my friend H at the airport and spend the night with some friends of hers from her days in New Orleans. After a fantastic dinner of shrimp creole, rice and biscuits, H and I headed out to Beau Rivage, where I learned how to play black jack and roulette. I hit a bit of a winning streak, but when it started to taper off and I was back to where I started after a couple hours of gambling, I decided to take my money and run.


​
And run we did, right on down to the gay bar down the street that one of my followers on twitter recommended, where we could drink all night long for $6. I asked several clarifying questions when we paid the cover because, not being from Mississippi, I thought surely we were missing something in the translation of "$6 open bar all night." We weren't and suddenly I was very disappointed that I was driving, until H explained to me that there was no reason to be sad because "you can do whatever you want in Mississippi, drink and drive, drive 120mph . . . wear a skin tight checkered shirt with ruffles down the front (pointing out a woman on the dance floor). Welcome to Mississippi." I was so in love with Mississippi by the time she finished enumerating all the things I could do without getting in trouble, that I was tempted to go out and buy a skin tight checkered shirt with ruffles down the front just to celebrate my freedom, but then a guy walked by with a sequin purse hanging around his neck, and I thought maybe I shouldn't take too many style cues from this particular establishment. My hope for New Orleans, beyond endless great live music and amazing food, is that it proves equally lawless with a stronger emphasis on fashion . . . 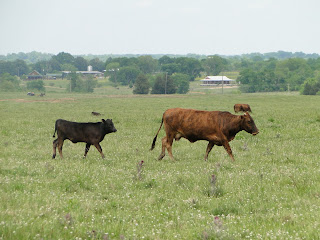 From Montgomery to Jackson, nothing but farmland and churches (about 5 churches to every one home) 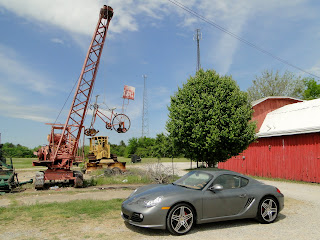 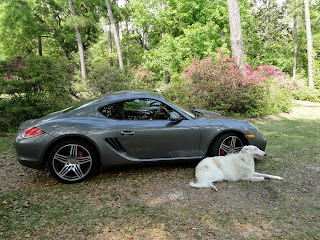 In Biloxi, our hosts' Borzoi (Russian wolfhound) will never feel the same about laying next to the minivan again. He will likely feel that same disappointed pang I feel every time I have to drive my jeep 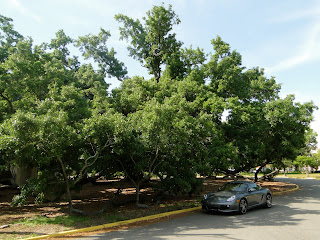 The "Friendship Oak" on the Gulf Coast campus of the University of Southern MS-over five centuries old, it was a sapling when Columbus sailed into the Caribbean and fully grown by Napoleon's reign.​

Joined Aug 22, 2005
·
34,646 Posts
More good stuff, keep them coming. As far as recommendations in New Orleans I'm trying to remember that restaurant/hotel that is supposedly haunted (was on episode of Ghost Hunters a couple years back) might be fun to visit there!

K-Man S said:
More good stuff, keep them coming. As far as recommendations in New Orleans I'm trying to remember that restaurant/hotel that is supposedly haunted (was on episode of Ghost Hunters a couple years back) might be fun to visit there!
Click to expand...

Not certain but it might be the Monteleon (sp?). I love New Orleans (aka Nawlin's/NOLA) and try to get over there 3-4 times a year.

To the OP: If you like raw oysters check out either Acme oyster bar or Felix's (my fav). Pascale's Minali (sp?) is supposed to be reopened down on Napolean St and their specialty is barbecue shrimp. Really good. Don't forget Mother's Subs for an awesome french dip, shrimp poboy or any other sandwich they have. Many, many great places to go for food and drink in NOLA.
:cheers:

Joined Apr 14, 2010
·
86 Posts
Thanks for all the recommendations! I tried to go to Acme, but the line was around the block and I was running to get to the jazz fest, so I ended up at the Bourbon House on the corner. Very good, fresh oysters, but I will try to get to Acme before I go so I can compare.

Also, going to try to go to the French Market today.