Joined Apr 14, 2010
·
86 Posts
So, I found Simon & Garfunkel at the jazz fest, but, sadly, Art could not find his voice and more than a few kids accompanying them had trouble finding their rhythm and the end result was not pretty. Now, having spent countless nights of my childhood dancing the night away with my family to the tune of S&G's live in Central Park album and knowing this was their first show in six years, I do feel really lucky that I got to see them live once in my life, but it must be said that the show was a bit of a train wreck and I was happy taking off before the encore to go find some good food.

The guy I met in Charleston who sent me to Hot & Hot also gave me a must hit restaurant list for New Orleans, that included Cochon for the best authentic cajun food. Once again, he was dead-on. I had the hog's head cheese (a meat jelly made from parts of the pig's head) with toast points, the crawfish pie and the absolutely delicious fried alligator with chili garlic aioli that just melted in my mouth. Also, the bartender Matty made me the best old fashioned I've ever had. Added bonus, on my way to Cochon, I bumped into Charley Drayton (rockstar drummer/bassist who has played with everyone from Keith Richards to Janet Jackson to Neil Young to Mariah Carey), who played drums for Simon & Garfunkel that afternoon and after a brief chat about the debacle we realized that we were both friends with Adam Levy and he told me that he and Adam are going on tour with the Eagles this summer. I might just have to go find them on the road . . .

Sunday at the Jazz Fest was a perfect day. The food (for me, a crawfish po boy and gumbo) was delicious, Shawn Colvin was great and Ingrid brought the house down. Then she gave me a backstage tour and talked me into going to see Keely Smith (Jazz legend and now I understand why) instead of the Allman Brothers. The next thing I knew we were backstage after Keely Smith's set and I was standing face to face with Tim Robbins and the hottie tottie (and I have the pictures to prove it). As for lastnight, I'm saving what I can remember about it for my book. All I will say now is that I have a big lump on my arm and a gash on my shoulder blade and I am very much looking forward to little pieces of my memory coming back to me so that I can laugh and laugh about the story underlying my injuries. When in New Orleans . . . 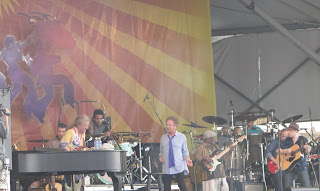 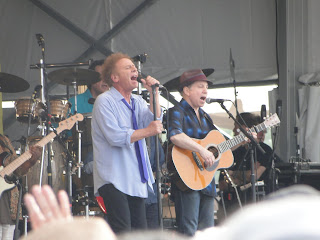 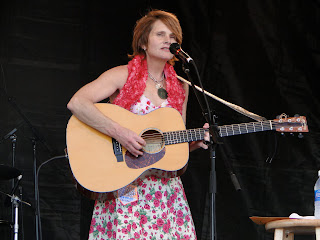 Shawn Colvin-"Shotgun down the Avalanche" 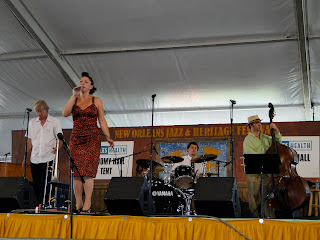 Ingrid Lucia-"I'd Rather Be in New Orleans" 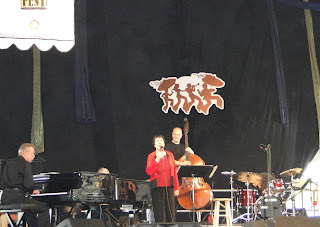 Keely Smith-"On the Sunny Side of the Street"

Looks like we ran into some issues. Please come back and try again later