Joined Apr 14, 2010
·
86 Posts
Just quickly filling you in on the last couple days because I am trying to cover as much ground as I can today in the direction of Provincetown.

I made it to Chicago in one piece, but it was the wildest drive of my life--black sky in the early afternoon, torrential rain, sustained 45 mph winds blowing across the highway and gusting up to 75 (sending tractor trailers with light loads swinging into other lanes and off the road), steady stream of garbage (cans, bottles, tarps, flip-flops) flying through the air slamming into my windshield and ricocheting off my car, truckers screaming like hysterical girls on the CB about losing control of their rigs or hearing a tornado touched down...chaos. When my CB/weather scanner confirmed the tornado and hail warnings I had heard the truckers screaming about, I decided to get to a gas station and take cover and spent the next hour and a half there with some other stranded people while a steady stream of people filed through the door to be told that there were no services--no power, no gas, couldn't sell anything because the registers wouldn't open, etc. Good times. When the sky finally lightened up again and it looked pretty clear that the front had passed, I made my way to Chicago to find Adam.

I was sworn to secrecy about most of our weekend together and the stories Adam had to share about life on the road with the Eagles tour and his long stint (3 albums and 3 world tours) with Norah Jones as we caught up on ten years of each others lives. I will say that we had an amazing 48 hours, hitting the most famous steakhouses, strip bars and deep dish places in the city, catching Keith Urban and the Dixie Chicks (wouldn't have said I was a huge fan of either, but they both rocked live) before leaving the show Saturday night for dinner with the band, after which we ended up crashing a very elegant wedding at the Drake Hotel...really? nobody wants to know who invited the kids in the skinny jeans, black shirts and leather cuffs?

Dragged myself out of bed (in more than a little bit of pain) around noon on Sunday and after coffee with Adam, hit the road bound for Pittsburgh because this guy who follows my blog on Planet-9 offered to give me a little tour of the city. Made decent time from Chicago to Pittsburgh (about 6hrs and 45mins) mostly because there were no cops on the road. I didn't think much of it until I heard these two truckers chatting about the lack of cops on the CB and one explained to the other that it was because they were all home trying to get their annual Father's Day BJ...huh...here I was thinking they were all home spending quality time with their kids...so naive...

Headed for Provincetown and a few days of R&R in the sun, can't wait. 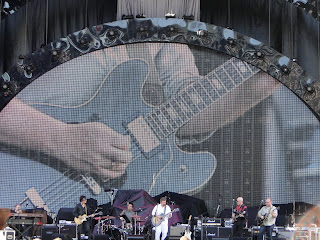 JD and the Straight Shot opening for the Eagles 2010 tour at Soldier Field...and a blow up of Mr. Adam Levy's guitar while he rocked his solo--some things never change. 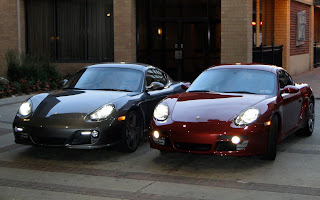 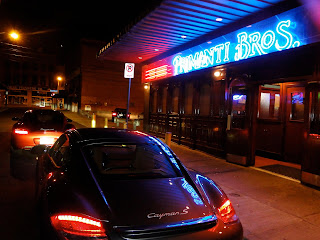 Dinner at Pimanti Bros--a must hit (a) if you like fries, cold slaw and a heap of melted cheese in the middle of your sandwich and (b) even if you don't because it's just an institution in this town. 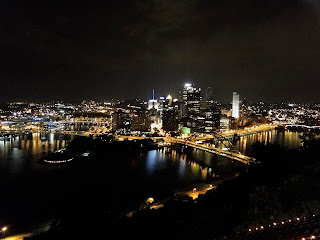