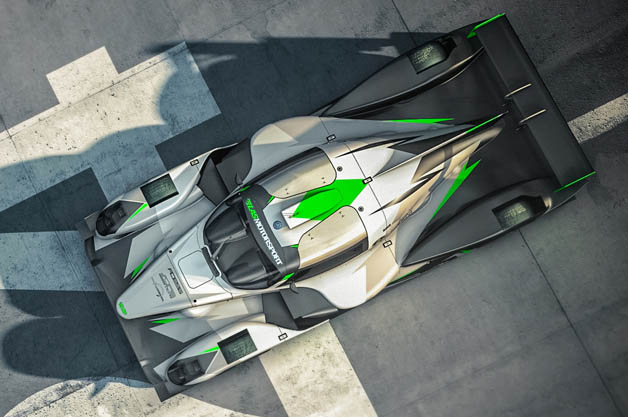 After an unprecedented nine consecutive world titles, Sébastien Loeb had nothing left to prove in the World Rally Championship, so he started looking for new challenges and has been finding them everywhere. He won a gold medal in the Rallycross competition at the X Games in 2012, has taken two wins already in his first season in the World Touring Car Championship, and he's been putting up one heck of a fight in a variety of sports racing series from the FIA GT Series to the Porsche Supercup and even Le Mans. But now he and his team are embarking on a new challenge as a constructor.

For next season, Sébastien Loeb Racing is teaming up with veteran chassis constructors ADESS AG and SORA Racing to form LAS Motorsport, which will together launch its own prototype chassis to field in the new LMP3 class in the European Le Mans Series and Asian Le Mans Series. The as-yet-unnamed chassis will be powered by a 5.0-liter V8 sourced from Nissan producing 420 horsepower and mated to an Xtrac gearbox (just like the rest of the grid). Those more interested in buying one for private track days than for actual competition, though, will be able to spec their Challenge version with a 500-horsepower engine.

The division of labor between the partners appears to be fairly well defined: Adess will handle the design and homologation, Sora the composite construction, and Loeb's outfit the development and assembly. Loeb himself, however, is not expected to field one of these prototypes in the actual series.Continue reading Sebastien Loeb leads new LAS Motorsport LMP3 project
Sebastien Loeb leads new LAS Motorsport LMP3 project originally appeared on Autoblog on Mon, 08 Dec 2014 08:00:00 EST. Please see our terms for use of feeds.
[h=6][/h]Permalink | Email this | Comments