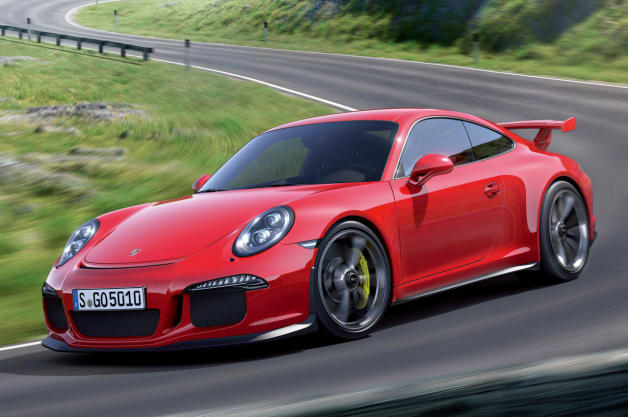 The Porsche 911 GT3 is a very, very good performance car. Yes, we know this is like saying fire is hot and a shovel to the head hurts. What's different about this proclamation, then? Well, we bring up the 911 GT3's inherent goodness because our friends at Road & Track have named it their 2015 performance car of the year.

This is, our joking aside, a big accomplishment for the 911 GT3, due largely to the field of cars it beat out. There were many equally track-focused wonders in attendance, including the Ferrari 458 Speciale, Chevrolet Camaro Z/28 and Dodge Viper SRT TA, as well as more capable everyday vehicles, like the Jaguar F-Type R Coupe, BMW M3 and Ford Mustang GT.

But it was the 475-horsepower, rear-engined track star that R&T fell for, with editor-in-chief Larry Webster calling out the Porsche's ridiculous, howling, 9,000-rpm redline, while other editors cited its phenomenal handling character.

"But as much as the Porsche's looks and sound were enough to pull our heartstrings, it also topped the speed charts across every category. It's just an incredibly well-rounded and entertaining machine. It's a car to dream about," Webster said in a release.