Official: Porsche Cayenne GTS, base models revealed ahead of LA 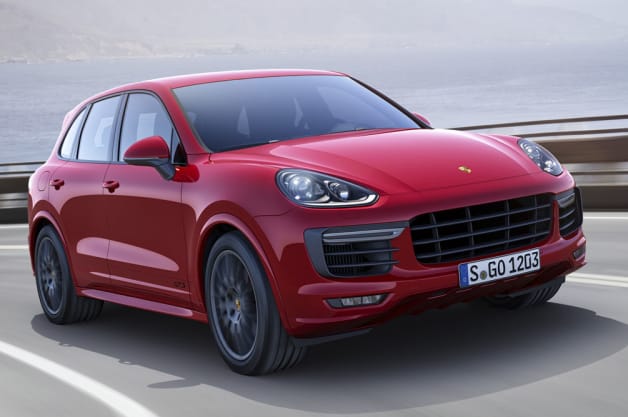 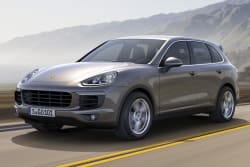 Porsche unveiled a slew of refreshed Cayennes just a few months ago, but the base model (right) and high-performance GTS trim (above) were conspicuously absent from that list. There's no more reason to wonder about them, though, because the German brand plans to unveil both at the upcoming Los Angeles Auto Show on November 19.

Sitting below the Turbo in the lineup, the latest GTS still offers plenty of performance. It drops the previous version's naturally aspirated V8 in favor of a tuned version of the twin-turbo 3.6-liter V6 from the Cayenne S for some added oomph. The tweaks bring power up to 440 horsepower and 445 pound-feet of torque, which is enough to rocket the model to 62 miles per hour in an estimated 5.2 seconds. The bump also equates to 20 hp and 39 lb-ft more than the current S and more importantly 20 hp and 62 lb-ft more than the previous GTS, according to Porsche.

In addition to the extra muscle, Porsche also decks the GTS out with some added features. It comes with a standard sport exhaust and Porsche Active Suspension Management system with an air suspension lets the chassis sit about three-quarters of an inch lower (20 millimeters). To bring things to a halt, the high-performance models also takes its brakes from the Turbo model.

To show off the extra performance capability, the GTS has upgrades including larger air intakes in its front fascia, and the Sport Design adds "contoured rocker panels and wheel arch extensions," according to Porsche. Inside, customers get eight-way power sport seats in a mix of leather and Alcantara with GTS lettering on the headrests.

The base Cayenne has a few improvements of its own for the mid-cycle refresh. It uses the same 300-hp 3.6-liter V6 but has a new eight-speed Tiptronic S automatic transmission and standard stop/start. That means 62 mph arrive in 7.7 seconds, which Porsche claims is 0.2-seconds quicker than the previous version. Unfortunately, it also means that the manual transmission will no longer be available. Beyond the 2015's boosted performance, Bi-Xenon headlights with LED running lights and a multi-function sport steering wheel with paddle shifters are now standard.