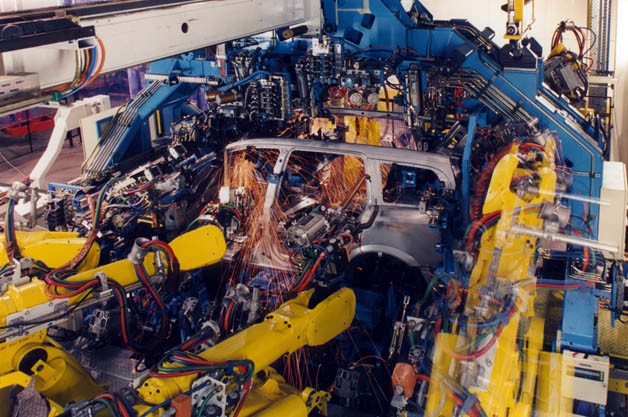 Plants close all the time, but not in Germany. In fact, according to the latest report from TheDetroitBureau.com, there hasn't been an automotive assembly plant closed in Germany since the end of World War II - but one has closed now.

That factory is not owned by Volkswagen, Audi, Porsche, Mercedes-Benz or BMW, but by General Motors. It's the Opel plant in Bochum, Germany, that until recently handled assembly of the Zafira minivan and has employed as many as 22,000 workers. But after 52 years of operation, the Opelwerk Bochum plant is closing its doors.

The closure is part of a Hail Mary effort on GM's part to return its German division to solvency. Opel has been recording a loss for years, but the General is working to make it break even - a goal which it's pushed back repeatedly. The Detroit automaker had planned to sell Opel off as it recovered from bankruptcy, but ended up keeping the German unit when a deal with Russian investors and Magna International fell through.

As part of the plant closure, GM is expected to be saddled with a $100 million payoff to its employees, some 300 of which will be retained to work in a parts depot that will continue operating at the Bochum site. Opel will continue to operate its plants in Eisenach, Kaiserlautern and Rüsselsheim, the latter of which is undergoing an expansion in order to build a new flagship SUV for the brand.GM closes first German auto plant since WWII originally appeared on Autoblog on Mon, 08 Dec 2014 11:28:00 EST. Please see our terms for use of feeds.
[h=6][/h]Permalink | Email this | Comments