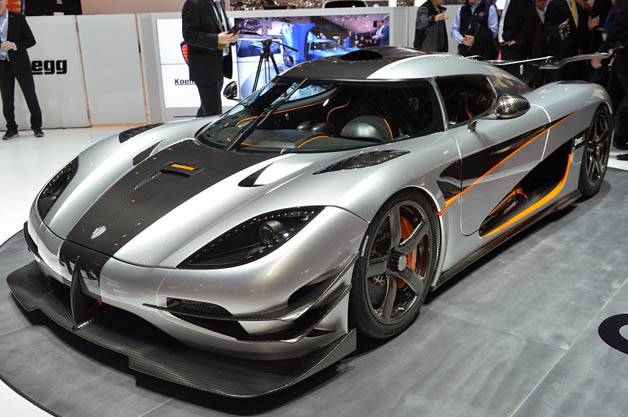 Few bragging rights are as hotly contested as Nürburgring lap times. Things have gotten so heated, in fact, that automakers have started slicing up the pie even finer: who makes the fastest sedan ever to lap the Norschleife, who the fastest front-driver, the fastest this and the fastest that. But the ultimate bragging rights still belong at the top of the leaderboard for the fastest street-legal production car. And now another exotic automaker is throwing its hat in the ring.

Aside from the Radical SR8 (which you could barely call "street-legal" or "standard production"), the fastest lap time currently belongs to the Porsche 918 Spyder at 6:57. McLaren for its part claims its P1 also cracked the seven-minute mark, but won't say by how much. Koenigsegg, however, says it can blow them both out of the water, and is willing to put its 3D-printed money where its carbon-fiber mouth is.

According to Car and Driver, which spoke to Christian von Koenigsegg himself while visiting its factory, the Swedish automaker is preparing to bring two versions of its Agera supercar to the Nürburgring in an effort to claim the top spot for itself. First it will bring the Agera R, which it points out is more powerful and lighter in weight than the 918 Spyder, to break the current record - something which it is confident it can do. But it won't stop there.

After breaking the 918's record, Koenigsegg aims to return with the One:1 - a derivative that it calls "the world's first megacar" - and shatter even the Agera R's time - the boutique automaker is projecting a lap time of under 6:40 for the One:1. With 1,341 horsepower on tap, even more downforce on offer and a perfect power-to-weight ratio of one horsepower per kilogram of weight, it stands a real chance of achieving its goals.Koenigsegg gunning for Nurburgring lap record originally appeared on Autoblog on Sat, 06 Dec 2014 18:03:00 EST. Please see our terms for use of feeds.
[h=6][/h]Permalink | Email this | Comments