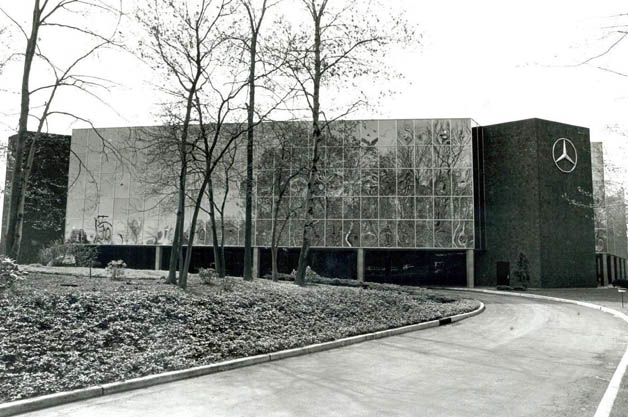 Mercedes-Benz may be a German automaker first and foremost, but it's a global operation. Among its many offices around the world, the company employs some 800 staffers at its US headquarters in New Jersey. But that office could be moving down South in the near future.

According to reports in the Atlanta Business Chronicle, the Wall Street Journal and Automotive News, Mercedes is looking into relocating its American head office from Montvale, NJ, where it's been based since 1972, to one of several locations under consideration below the Mason-Dixon line.

Among the front-runners is Atlanta, where Porsche bases its North American operations. The presence of a trained workforce, necessary infrastructure, compliant officials and proximity to a major hub for international air traffic could make the Georgian metropolis an attractive proposition for Mercedes. Several locations in North Carolina are also said to be under consideration, as well.

Either way, MBUSA's relocation to the South would put it closer to its assembly plant in Tuscaloosa, AL, and to the Port of Brunswick near Savannah from which it ships out those vehicles made in Alabama to points overseas. The relocation project is reportedly being handled by commercial real-estate firm JLL Inc, which is helping Toyota handle its relocation from southern California and Ohio to Texas.

Sources don't expect, however, for New Jersey to let Mercedes go without a fight. The state's Grow NJ Assistance Program could offer MBUSA an attractive incentives package to stay in Montvale. The company previously planned in 1998 to relocate to Pearl River, NY, but ultimately ended up staying in Jersey.Mercedes-Benz USA considering moving south originally appeared on Autoblog on Wed, 17 Dec 2014 17:31:00 EST. Please see our terms for use of feeds.
[h=6][/h]Permalink | Email this | Comments