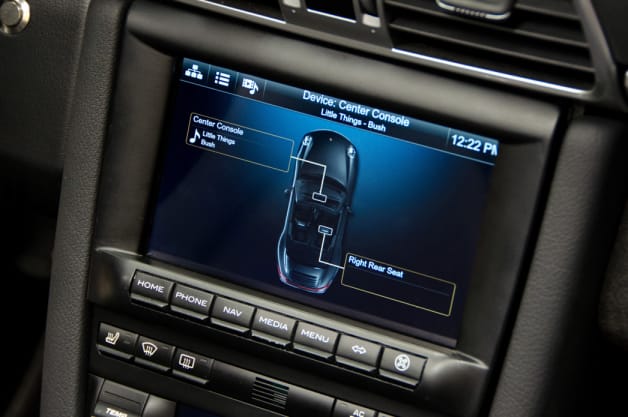 Expect to find Near-Field Communications (NFC) in your next new car if you're planning on buying one in a few years. If you have kids who play with Disney Infinity, you're already somewhat familiar with the technology that allows nearby devices to talk to each other. Apple is already giving the tech a big push with Apple Pay, and the electronics are only expected to grow in acceptance from there.

According to Automotive News, automakers and suppliers are working to find a way to allow drivers to use NFC to easily pair their smartphones with a vehicle's infotainment system. A Dutch company called NXP Semiconductors thinks that it may have a solution ready by 2016. The business isn't revealing its automotive partners, though.

The keys to NFC are its simplicity and its robustness. In theory, all a user will have to do is tap their phone near the infotainment system (or wherever the sensor is located) in order to pair the devices. Beyond that, according to Automotive News, the tech could even be used to configure climate controls, adjust the seats and possibly start the engine.

NXP is hardly the only one working to bring NFC to vehicles, though. Last year, Continental showed its concept for a digital car key that worked through NFC and a smartphone app. A year before that, Hyundai was developing a similar solution. The QNX infotainment system (pictured above) was also supposed to support it.

Of course all of this development will be useless if smartphones don't support NFC, but that doesn't appear to be a problem. According to Automotive News, the tech is expected to explode in the near future, with 1.2-billion phones projected to use it globally by 2018, compared to an estimated 416 million by the end of this year. The solution could make the occasional hassle of pairing over Bluetooth a thing of the past.Near-field communications with tap-to-pair phones coming to cars originally appeared on Autoblog on Tue, 04 Nov 2014 07:59:00 EST. Please see our terms for use of feeds.
[h=6][/h]Permalink | Email this | Comments