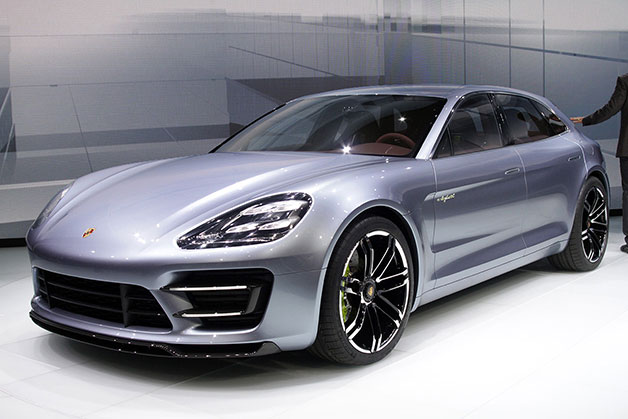 A few years ago it took actual willpower not to consider what kinds of cool derivatives Porsche could make with the Panamera. Our fancies were helped by patent drawings of a Panamera convertible, rumors of a two-door 928 GT and internal Porsche sketches of such a car, and report after report after report that the current, second-generation Panamera would begin to expand the family. That hasn't happened, but according to a new report in Auto Express, the next Panamera will be the one to begin the bifurcation. Wolfgang Hatz, the brand's head of research and development, told the mag that, "We have prepared it for a lot of derivatives, personally I like very much the Sport Turismo."

The Panamera Sport Turismo, remember, was the hybrid, concept wagon that rolled into the 2012 Paris Motor Show and made everyone ask, "Why didn't you build this design from the beginning?" It could have been Hatz's English, but after professing his ardor for the Sport Turismo, the executive said, "But there is a good chance for more derivatives." We're not sure if that means the Sport Turismo is all but approved, or if he was speaking of the third generation Panamera's new MSB platform in general.

Even though Hatz mentioned a coupe and convertible, it sounds like that latter variant won't be happening, Hatz saying that the brand already has the Boxster and 911 Cabriolet. We're willing to forgive that omission - who's really looking for a four-door convertible, anyway? - and welcome the Sport Turismo first if Hatz will please please please get us a new 928.Next-generation Panamera will spawn variants, Sport Turismo in the running originally appeared on Autoblog on Mon, 01 Dec 2014 13:31:00 EST. Please see our terms for use of feeds.
[h=6][/h]Permalink | Email this | Comments