Report: This 2015 Willys AW 380 Berlinetta costs big bucks and might have Porsche pow 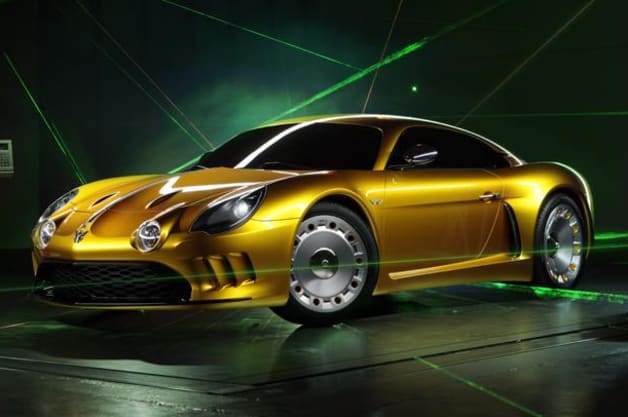 Sometimes the automotive world throws out something so bizarre, you can't help but do a double-take in disbelief. Take this Willys AW 380 Berlinetta, for example. It's made by a pair of Italian companies and inspired by a French design that harkens back to the work in Brazil of an American company. The mind boggles.

The AW 380 is being unveiled at the Bologna Motor Show, but this Willys is no Jeep. It's being built in cooperation by two Italy's Maggiora and Carrozzeria Viotti. The design is inspired by the Renault Alpine A108 with quad headlights up front, a flowing roof and rear-mounted engine. There's a reason for that Gallic influence: According to WorldCarFans, Willys actually built some examples of the A108 in Brazil in the '60s.

According to the spec sheet, the engine out back is a 3.8-liter, twin-turbocharged six-cylinder boxer engine making a reported 610 horsepower and 612 pound-feet of torque. While not specifically stated, that sounds like a Porsche mill to us. In a total package that weighs 2,976 pounds, the Willys can allegedly hit 62 miles per hour in 2.7 seconds with a top speed of 212 mph.

Prices for these oddities are set at 380,000 euros (around $467,000 at current rates) and 110 examples are planned, with the companies claiming that first one is already spoken for.

If nothing else, it would be fun trying to explain to friends just what this thing is and how it came to be.This 2015 Willys AW 380 Berlinetta costs big bucks and might have Porsche power originally appeared on Autoblog on Fri, 05 Dec 2014 14:57:00 EST. Please see our terms for use of feeds.
[h=6][/h]Permalink | Email this | Comments