Retracing my steps to Charmaine Neville

Joined Apr 14, 2010
·
86 Posts
Yesterday afternoon I made a pilgrimage to the Musicians' Village in the ninth ward, created by Habitat for Humanity, Harry Connick Jr. and Branford Marsalis for musicians who lost their homes to Hurricane Katrina. As soon as I stepped out of my car, I was greeted by Duey (pictured below) who was a very big fan of my car and whose father is a bassist with a regular gig at Preservation Hall. After Duey's personal tour of the village and an interesting conversation with trumpet player, Kyle Hughes, I was off to Domilise's (on Mr. Charleston's must hit list with the note-"Best po boy in town") where I had an incredible fried oyster po boy. I haven't had every po boy in town, so it's hard to confirm his claim, but it was the best I've ever had and my mouth is watering just remembering it, so it should definitely be in the running. And, in fairness, I wasn't really giving it all my attention because I had one eye on the sketchy guys outside circling my car.


When I made my get away without incident, I was positively giddy with relief and decided to celebrate my great escape by reliving a night I spent out on the town with my family many years ago when I was about eleven years old. The first stop was Preservation Hall where I caught the first 2 sets of the 726 Jazz Band. Then I headed to Cafe Du Monde for beignets before making my way (one hurricane at a time) down the length of Bourbon Street en route to Snug Harbor to catch Charmaine Neville's 10pm show (her second sold out show of the night).


The last time I saw Charmaine Neville, it was very late on some mid-week night and the only people there were Charmaine, her Piano player, my family and Terry Anderson (and a friend), who had just been released after 6 yrs of being held hostage in Lebanon by Hezbollah militants funded by the Iranian government. I have a god awful memory, and have probably forgotten at least 90% of the noteworthy experiences I have had in my life, but I will never forget that night as long as I live because of the raw emotion that filled that room. After Charmaine said a few poignant words to Terry acknowledging what he had been through and how grateful she was to God that he was free and alive, she dedicated the most powerful rendition of "What a Wonderful World" that I have ever heard to him, and by the time she was done, there wasn't a dry eye in the house. When I was talking to her after the show, I asked her if she remembered that night, to which she responded, "I do. My god, I do." Many hugs and a few pictures later, I walked my giddy self home thinking that it is indeed a wonderful world . . .​ 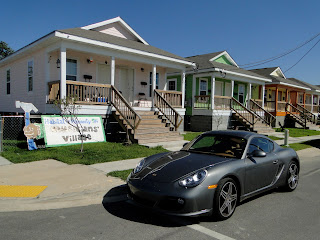 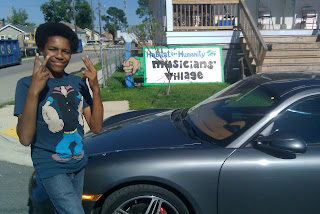 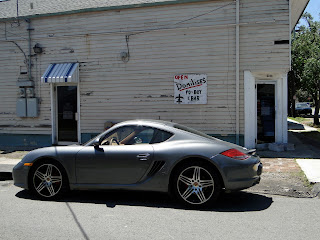 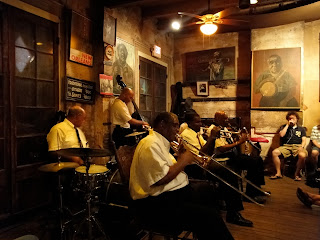 The 726 Jazz Band at Preservation Hall 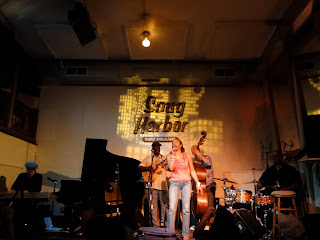