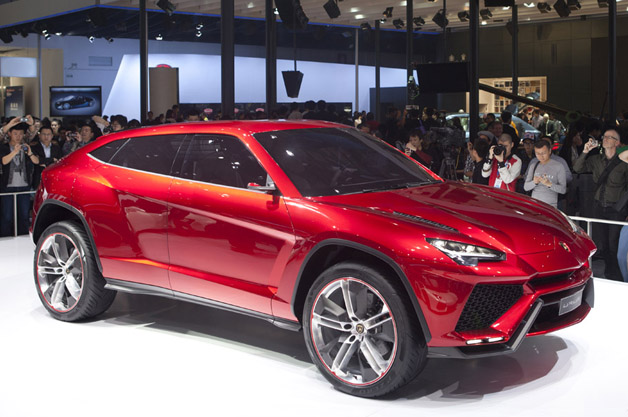 A cursory look at the top of the automobile market would suggest that the world's carmakers are gunning it full steam ahead into a new stratosphere of ultra-luxury and high-performance utility vehicles. After all, companies like Bentley and Maserati are preparing to launch their very first crossovers, while established players like Mercedes-Benz and Land Rover keep producing ever more expensive sport-utes of their own. But that's not the case across the board.

Rolls-Royce, for example, has yet to receive the green light to start working on its proposed CUV project. Though the dimensions of its sedans may already eclipse those of some crossovers, this would be the first time that Goodwood would produce a utility of its own. But while the British automaker's financial performance may have earned it a degree of autonomy, the final call may still come down to parent company BMW, which just might be waiting to see how Bentley fares with its upcoming crossover - and how much money it brings in to the Volkswagen Group - before deciding on whether or not it should proceed.

However, Rolls-Royce may not be alone in waiting for its German parent company to approve its high-priced ute. It's been two and a half years since we first laid eyes on the Lamborghini Urus (pictured), but the Italian automaker reportedly has not yet received approval from its parent company Audi and the greater Volkswagen Group to proceed with development and production. Envisioned to share its platform with the next Volkswagen Touareg, Audi Q7, Porsche Cayenne and the production version of the Bentley EXP 9 F concept, the high-riding Lamborghini was originally set to reach production as the marque's third model line in 2017. But while Audi drags its feet - potentially waiting to see how the Bentley version pans out - the Urus' launch keeps getting pushed back, if it's ever to be made at all.

Aston Martin was similarly considering a high-end crossover of its own to relaunch the Lagonda brand, but has expressed some doubts - fueled in no small part by the cold initial reception to its concept - opting in the meantime to develop a sedan instead.