San Francisco to Napa to Mendocino

Joined Apr 14, 2010
·
86 Posts
Just walked into my hotel in Mendocino and definitely feel like I walked into an episode of Murder She Wrote. From the rocky coastal scenery outside that I grew up seeing on that show every week to the clusters of elderly locals, all bundled up in wooly sweaters, having cocktails at the bar while they gossip in hushed voices...it's pretty surreal. I have to say though, that I still don't understand how it never seemed to bother people through all those seasons of Murder She Wrote that the ocean was on the wrong side of the coastal scenes. The sun doesn't set over the ocean in Maine, kids (in no small part because the ocean is off the east coast of Maine). Never has, never will. You heard it here first.

Now that I got that off my chest, let's back up. I ended up spending an extra night in San Francisco and after hitting Cafe Tartine in the mission Tuesday morning, where I had the greatest ham and cheese croissant I have ever had (there are no words...), I headed for Napa.

By the time I checked into a B&B in town and headed out to do a couple tastings, I was starving. So, I hit V. Sattui first because I heard it had a great deli, which it does, though the wines I tasted were unremarkable. Then I made a pilgrimage to Charles Krug (where Robert and Peter Mondavi both started out before their big feud sent Robert packing). I was glad to hear that they made up in '06, two years before Robert passed away. As for the wine, I tasted about 7 Family Reserve and Limited Release wines (all reds) and they were all interesting and high quality, but none of them really measured up to my favorite Italian wines (example--'99 Barbi Brunello Di Montalcino--I like my reds fairly dry and acidic with just as much emphasis on earthiness as fruitiness and I only like a really full bodied wine if the body factor is all about packing in as many nuances as possible rather than simplistic heaviness in the mouth). That said, my favorite wine at Krug was the 2006 Limited Release X Clones (100% cabernet, only 450 cases produced) because it had such a smooth and refined, but very firm, structure and a nice acidity that genuinely made me wish I had a steak to go with it. The only California wines that I like as much as my favorite Italian wines (and a couple French--not many French faves though because so many good French wines are overpriced, particularly compared to their Italian counterparts) are from Shafer, but their tastings are booked at least a month in advance, so doing a tasting at Shafer was not an option because I am not remotely that organized.

Today, after pounding a couple iced coffees and a scone at Napa Valley Coffee Roasters (great coffee), I headed to Mumm to do a sparkling wine tasting. I was going to hit Beringer for a tasting too, but it never happened because I was having too much fun at Mumm sipping 5 different sparkling wines on a beautiful sunny patio looking over the vineyards while munching on dried fruit and nuts and crackers and returning a big chunk of calls that needed returning. I also strolled through this great photography exhibit they have up until the end of September--Paris Icons by James Scholz, which made me miss Paris so much that I renewed my little vow to myself that I would get there twice a year no matter what. I was there for a week in March (seems so long ago), so I just have to get there once more this year to be in good standing with myself.

After I left Napa, I made my way to Mendocino via 116 through the Russian River Valley and up the coast on Rt. 1. The stretch of Rt.1 from Jenner to Mendocino is my third favorite stretch of road so far-basically one big roller coaster ride with its never-ending switchbacks combined with nice big stomach-dropping dips and climbs all the way. Added bonus--everyone had very good etiquette and pulled over to get out of my way as fast as they could when they saw me fly up behind them. Just one gorgeous stretch of road with nothing but team players on it. Fabulous. The downside was that I didn't stop to take any pics because I didn't want to make everyone I had already passed pull over for me again because I was feeling all this peer pressure to be a team player. I will try to focus more on picture taking and less on being a team player tomorrow. That is my promise to you. 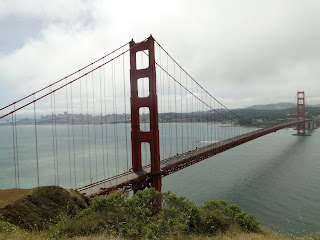 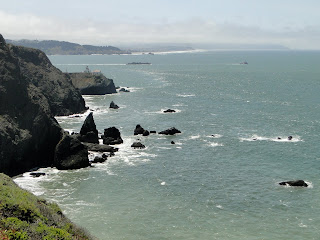 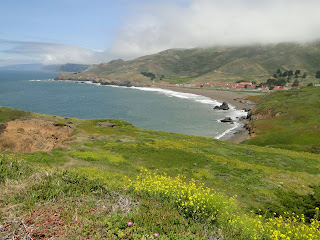 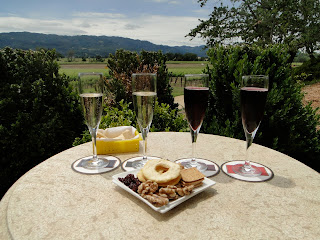 Two comparison tastings at Mumm (the Santana came later): (1) The slightly sweet tasting--Cuvee M v. Demi Sec and (2) The sparkling red tasting--Sparkling Pinot Noir v. Cuvee M Red (96% pinot noir and 4% syrah). I was a big fan of the Cuvee M Red and now I can't wait to get home and order some so my mimosas can be prettier than everybody else's. That's right, you heard me, I said it.​

Joined Apr 3, 2009
·
116 Posts
Might I suggest Anomaly, Foreman, Crocker and Starr, and Drinkward Pichon as some of the better cabernets I have tried in the area. None of the above have public tastings, but all are available by reservation. Loved your write-up, and the pictures. Looking forward to more!

Joined Feb 2, 2009
·
1,143 Posts
Love Mendocino. Lots of interesting places to stay.One year i spent the night in a converted water tower overlooking mendocino bay. Had great weather and the green rolling hills inland made me feel like i was in a different part of the world alltogether.Thanks for posting and giving me a small moment of escape..........
C

Joined Nov 20, 2008
·
47 Posts
You have got to sleep outside at one of the State campgrounds. You are missing a lot by spending all your time in hotels. Russian Gulch State Campground is my favorite. Russian Gulch SP

Joined Aug 29, 2005
·
1,001 Posts
I love napa, mainly because I love wine and driving great roads (not necessarily together). There are some fantiastic vineyards in CA like Cardinale, screaming eagle, roy, cain, justin, etc, etc... For the price there are certainly wines that can stack up with the old country.

Joined Nov 19, 2007
·
1,265 Posts
That's some beautiful country. We were just there in September with the national S2000 Club. Finished high school in the Bay Area and went to college in Arcata/ Eureka.
K

Joined Apr 14, 2010
·
86 Posts
Thanks for the comments and tips, guys! Madcow, I love those wheels...sexy, sexy, sexy. Txp and Ringsport, I'm going to make each of you meet for a day on my next CA trip/wine tour. I think I have to redo the PCH south of Monterey in the sun, hit the Monterey Aquarium (because my friend S was appalled that I skipped it) and get the tour of the googleplex that Chronarian (follower on twitter and founder of uncyclopedia) offered me. I will definitely build some more wine tasting into that trip with the right guides. The only difference will be that I might be driving a rented Porsche instead of my baby ;-)

Joined Mar 7, 2009
·
310 Posts
Cool post and pictures. Wife and I are headed to San Francisco tomorrow morning for a week. 3 nights in SF, 1 night in Napa and 3 in Monterey/Carmel. Renting a Vette convertible and can't wait to get out on some of the roads and explore.

Another great road if you are going to Mendo from wine country is Rt. 128 from 101 by Cloverdale. Great unused road with twisties where you can have a lot of fun at the speed limit. You can stop at the Roederer estate winery on the way. We stopped there with my in-laws and picked up a magnum of the L'ermitage which we drank that night in the room in Mendo, which was a converted windmill with a potbelly stove. Fantastic ending to a great day.

Another nice stop south of Jenner on 1 is the Hog Island Oyster Farm on Tomales Bay. The have picnic bounds right off the bay where you can enjoy raw or barbecued oysters that were in the water just hours before.
1 - 10 of 10 Posts