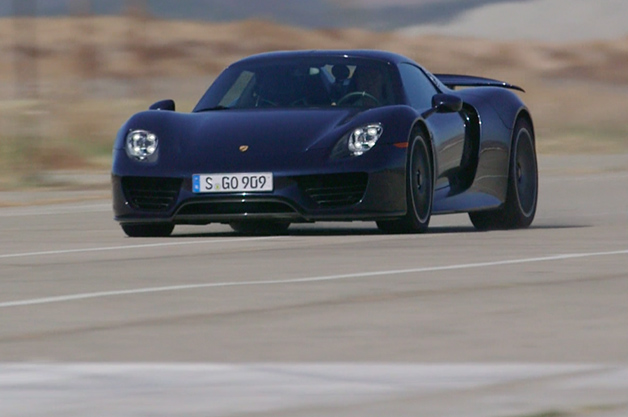 In the same month that Porsche announced that its 918 Spyder is sold out, Translogic is getting its first (and likely last) shot at the plug-in hybrid hypercar. Our drive starts off in a very civilized fashion as we tour the 918 Spyder's e-power and hybrid modes, but the fun really starts when the naturally aspirated 4.6-liter V8 engine roars to life in sport and race hybrid modes, augmenting the electric motors with an additional 608 horsepower for a total of 887.

We even attempt an impromptu 0-60 test to see if we can match Porsche's gobsmacking official time of 2.5 seconds, but sadly we don't have the room to make a run on its 214-mph top speed.