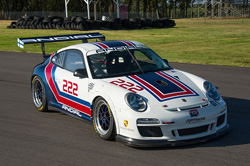 We get our hands on a very rare (read: it's the only one), very powerful, and very awesome Porsche 911, and take it for a spin on the track. It's called the 911 GT3 Cup ANDIAL Edition, and it's a far more hardcore version of the already track-ready GT3 Cup car. It's not cheap, but from our experience behind the wheel, it feels like a total racecar bargain. 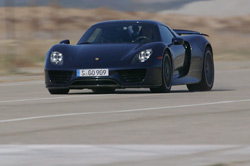 The super hot Porsche 918 Spyder may officially be sold out, but that hasn't stopped us from getting one more crack behind the wheel of the company's hybrid supercar. The team at Translogic takes one out for a proper test, with host Jonathon Buckley explaining why this Porsche is far more interesting than the rest. 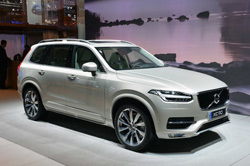 Here's some interesting news. Volvo has announced plans to sell its cars directly to customers over the internet, as part of a new way to reach customers worldwide. Furthermore, Volvo says it will stay away from having a huge presence at major auto shows, focusing instead on three big expos. There's a lot to learn about Volvo's new plans, here.