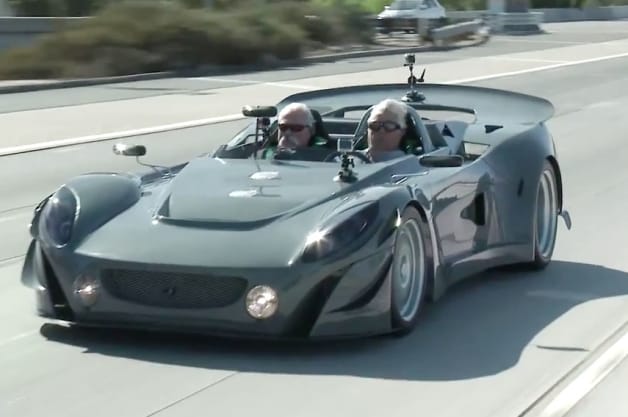 You know a vehicle is going to be something special when you need a pair of goggles to drive it, and this highly customized Lotus lives up to that promise. The owner refers to his one-off as the Ronin RS 211, but underneath that barely there body are a few parts left from a 2005 Lotus Elise.

Owner Frank Profera totaled his Elise when a Porsche rear-ended it, but he wasn't willing to give the sports car up. With a canvas to build from, Profera took inspiration from the Lotus 2-Eleven and Can-Am cars, and the Ronin resulted. Not content with just a svelte body, the powertrain received just as thorough an upgrade as the looks. The engine still displaces 1.8 liters but features improved internals. The pièce de résistance, though, is the custom turbocharger setup that runs on a mix of pump gas and alcohol to put out a claimed 680 horsepower, which sounds great screaming through the California canyons.